The set times and stage splits for Mad Cool 2018 are nhere! The festival will be held from the 12th until the 14th of July at Espacio Mad Cool in Valdebebas – Ifema, in the north area of Madrid (Spain).

Mad Cool Festival has again the collaboration of the concert hall KOKO Club (London). KOKO will host one of the festival’s main stages.

There are also a few more acts added to the line-up: Colin Peters, who will perform on July 12th and DJ and producer Juan Sueiro performing on July 13th. In addition, due to a last minute change, Repion – a band selected through Mad Cool Talent – will finally perform on Saturday, July 13th. 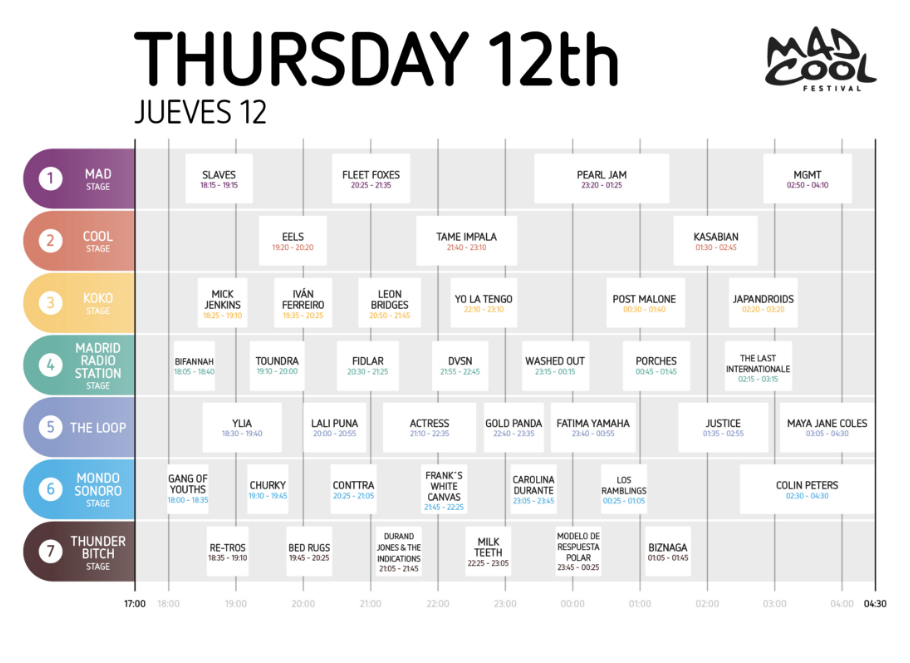