The countdown to Mad Cool 2018 begins…

Mad Cool Festival‘s third edition will take place on July 12,13 & 14 brings news that will be gradually revealed. Mad Cool moves from “Caja Mágica” to a new location in the north of Madrid. This new location, called “Mad Cool Space” its situated in Valdebebas – IFEMA and it’s capable of holding 80.000 Pax within its 100.000 meter square grounds . 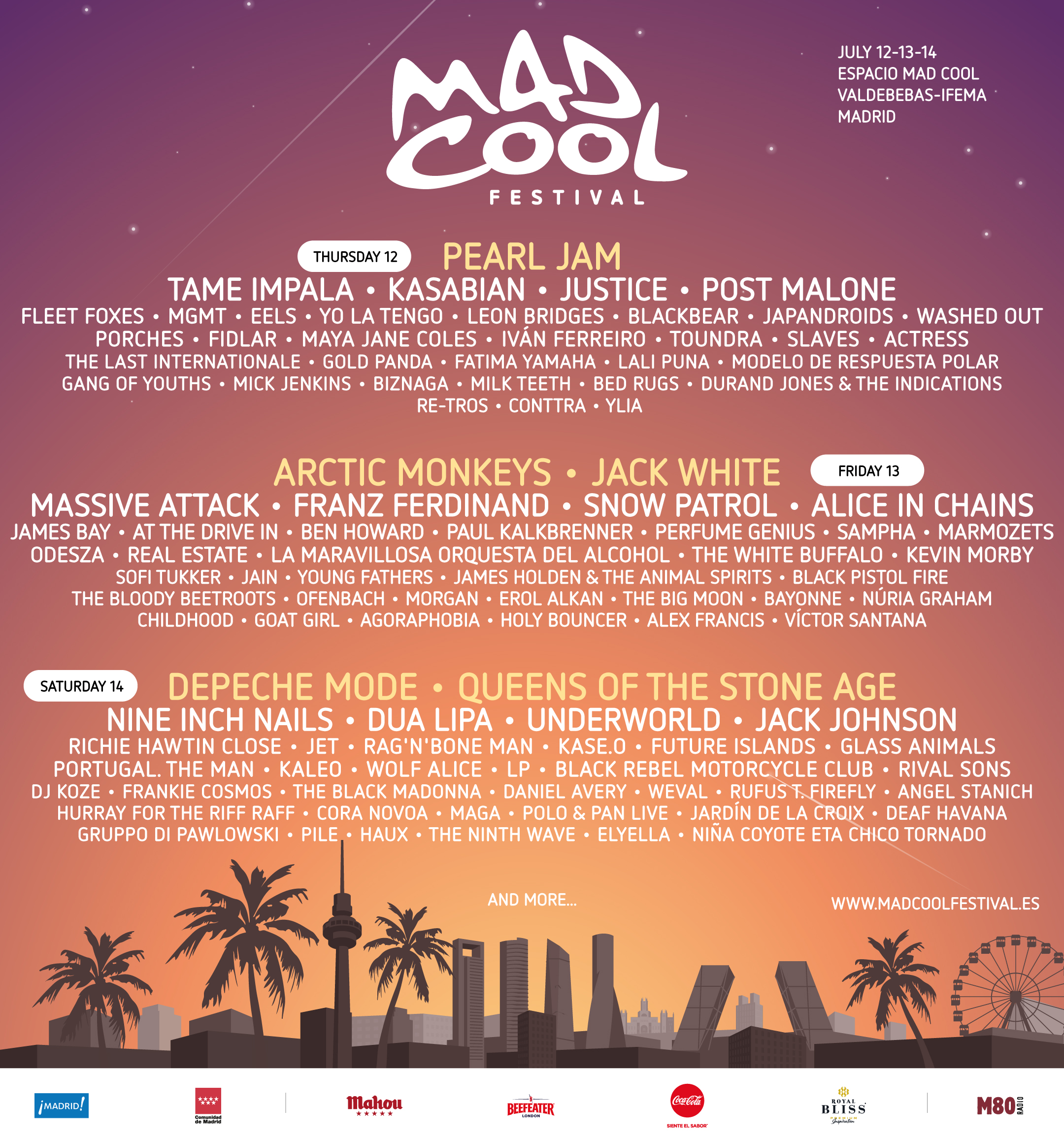 “This increase in capacity (of 35.000 Pax per day) is the natural response to the evolution and growth of the festival in order to turn Madrid into a city of reference for live music events of big format”, says the festival.

Also, Mad Cool now has seven stages compared to the five we had in the previous edition. In addition, the festival will have a new and renovated restaurant zone.