The Nude Party release their first proper LP, the culmination of six years of experimentation and refinement of material. A must listen album! 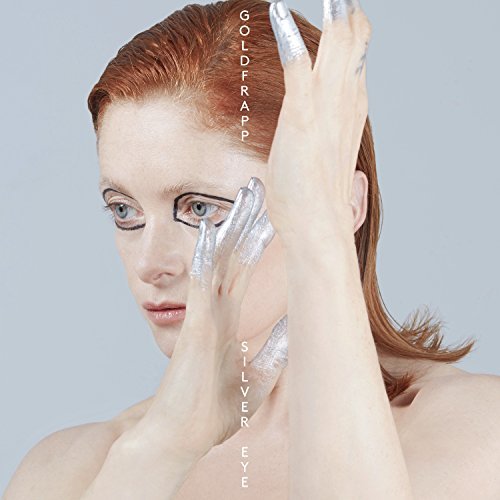 Goldfrapp follow up 2013’s album Tales of Us with the deep, dark and electronic musical palette of ‘Silver Eye’, their brand new studio album, made with an eclectic collection of new collaborators. Alison and Will spent 10 days in Dallas with John Congleton, Grammy-winning producer of St. Vincent, John Grant and Wild Beasts. In London they teamed up with electronic composer Bobby Krlic, aka The Haxan Cloak. Brian Eno collaborator Leo Abrahams added abstract guitar textures. The album was mixed by David Wrench (The xx, fka Twigs, Caribou).

Tracklisting:
-Anymore
-Systemagic
-Tigerman
-Become The One
-Faux Suede Drifter
-Zodiac Black
-Beast That Never Was
-Everything Is Never Enough
-Moon in Your Mouth
-Ocean

Sincerely, S. Love x is Simon’s sophomore solo album (his 2015 debut It Seemed Like A Good Idea At The Time was released on Fortuna Pop label) and it features at least ten hits. Proper pop hits, with ELO harmonies, Spectoresque production, strings and trumpets, the whole shebang. All recorded over the last two years in London, England.

Tracklisting:
-God Bless The Dick Who Let You Go
-The Ballad Of Simon Love
-Joey Ramone
-Stephen Timothy West
-I Fucking Love You
-Tennis Fan
-Golden Boy
-(Why’d You Get That) Tattoo Girl?
-All This Dicking Around (Is Bringing Me Down)
-Not If I See You First