Listen to the Kinks’ unreleased song

The Kinks have shared an unreleased track from 1968: Time Song. It’s taken from the remastered 50th anniversary reissue of the band’s sixth album The Kinks Are the Village Green Preservation Society.

The reissue will be released on October 26 and includes the track that has never officially appeared on an album.

This essential album by one of the world’s best ever bands is defined by the extraordinary catalogue of Ray Davies’ songs, driven by brother Dave Davies’ power pop guitar and became the foundation of generations of British guitar pop. The Kinks Are The Village Green Preservation Society cemented Ray Davies reputation as one of Britain’s greatest ever songwriters of his and any generation.

“I think The Village Green Preservation Society is about the ending of a time personally for me in my life,” says Ray. “In my imaginary village. It’s the end of our innocence, our youth. Some people are quite old but in the Village Green, you’re never allowed to grow up. I feel the project itself as part of a life cycle.” 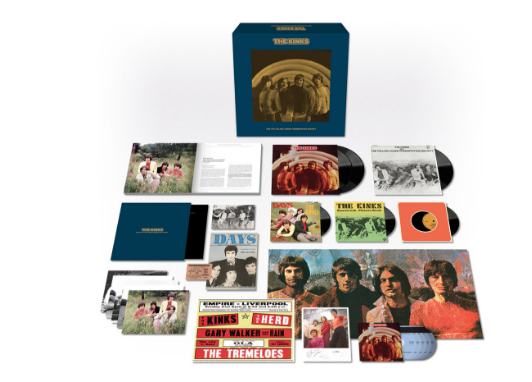 One thought on “Listen to the Kinks’ unreleased song”