Every day we select for you three record stores from around the world. Our growing online community makes this possible. In this list you will find the best record stores in Portland submitted by our friends.

Explore it and tell us if you think there is any record store missing. Let us know in the comments.

Created after Mississippi Records split into two labels in 2011. Run by Eric Isaacson.

“Over the years, Mississippi has released over 230 records. We’ve relied heavily on co-releases with lots of labels such as Exiled, Domino Sound, Canary, Secret Seven, Yeti, Social Music, Sahel Sounds, K, KIll Rock Stars, Big Legal Mess, Nero’s Neptune, Psychic Sounds, Sutro Park,Ajna Offensive, Bongo Joe, Singasongfighter, Olvido, Little Axe, Eggy and Water Wing. The main goal of our label has been to make records available cheaply to the public that come from marginalized communities from around the world. We’ve done our best to pay all artists and their ancestors who can be found a full 50 -60% of all profits on any release – usually paying the royalty in advance.”

“In addition to being a label, Beacon Sound operates a record shop in Portland. We carry used and new vinyl across all genres in our brick-and-mortar storefront, with a particular focus on contemporary electronic, indie rock, and modern composition/experimental music. We also carry a selection of cassettes and print ephemera, including The Wire magazine. We’ve been named one of the top 10 record stores in Portland and one of the top 10 electronic record stores in the USA.”

“Little Axe Records is a shop and record label. The label was founded in 2011 when the original Mississippi Records label split into two new labels, Mississippi/Change and Mississippi/Little Axe (Now just Little Axe Records). The shop originally opened in our garage on Beech in 2010 then moved to NE 28th in 2012. We lasted one year at our third location at 3746 NE 42nd. In May 2017 we moved (hopefully for the last time) to our current location next to the Hollywood Theater at 4142 NE Sandy Blvd.” 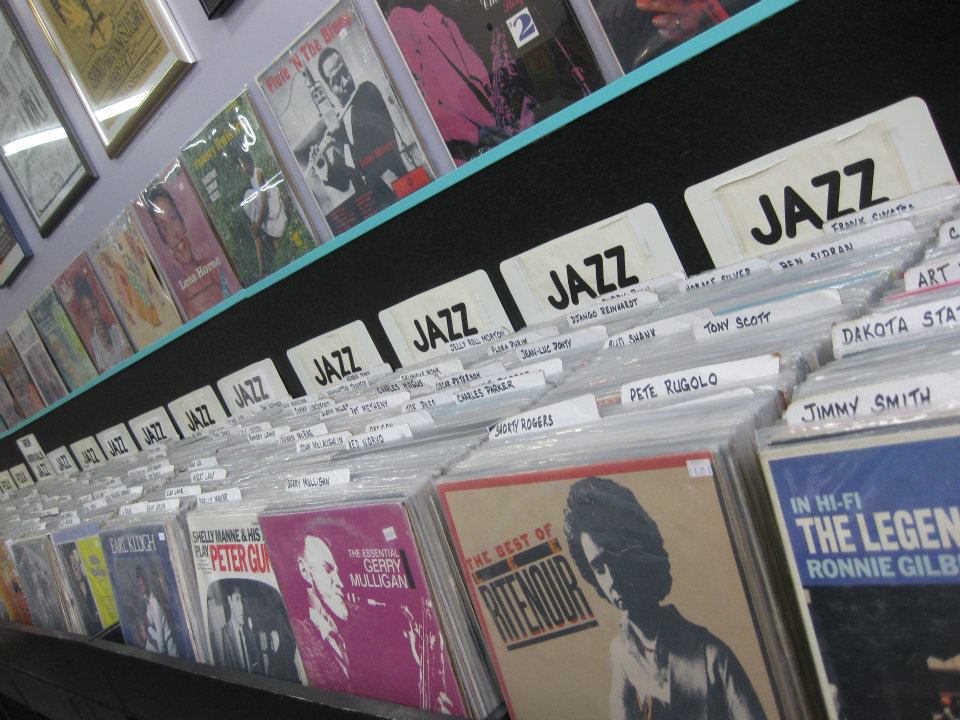 “Lots of LPs, many obscure and hard-to-find releases, and stuff you never thought you’d find fill the racks. It’s tops, and it’s only walking distance from my studio, Jackpot! Recording. What more could one ask for?” – Larry Crane (Tape Op Magazine, Jackpot!)

Everyday Music stores specialize in used CDs, DVDs, and records, but also carry a wide variety of new discs and vinyl. Each location stocks over 100,000 CDs and records. Everyday Music is an independently-owned and operated company with three locations in Oregon and two in Washington. Started in 1995, EM has inventory in all genres of music: rock and pop, rap and hip-hop, jazz and blues, folk and country, reggae and world music.

“Music Millennium. It’s like a Waterloo-esque spot that’s stayed afloat in these “hard times” with lots of in store appearances, a great vinyl selection, cool events and an owner so rad the city is actually devoting a holiday to him in a few weeks. Legend has it, he helped put the wheels in motion for Record Store Day as well.” – Pete Cottell (Contributing Music Writer, Willamette Week)

“Our store consists of over 35 music dealers who each maintain their own inventory in our store on a consignment basis. Consequently, we have the largest selection of hard to find records, posters and CDs in Oregon, and reasonable prices, too!”