The Northern Irish rock group Ash have shared another single from upcoming album Islands, the band’s seventh record to date and their first since 2015’s Kablammo!. The new single, called Annabel, comes after Buzzkill, shared two months ago.

The new album is be released on May 18 and sees the band return to label Infectious Music.

The title of the band’s new album alludes to the unique environments in which its constituent songs were birthed. In the spring of 2016, following a whirlwind Japanese tour to close out the touring cycle for 2015’s Kablammo! album, Ash frontman Tim Wheeler undertook a visit to the picturesque island of Naoshima, renowned worldwide for its modern art installations, architecture and sculptures. Wheeler found the island’s tranquil, meditative atmosphere conducive to both reflection and creativity, and as he immersed himself in his craft, new song ideas began to ferment and flow. 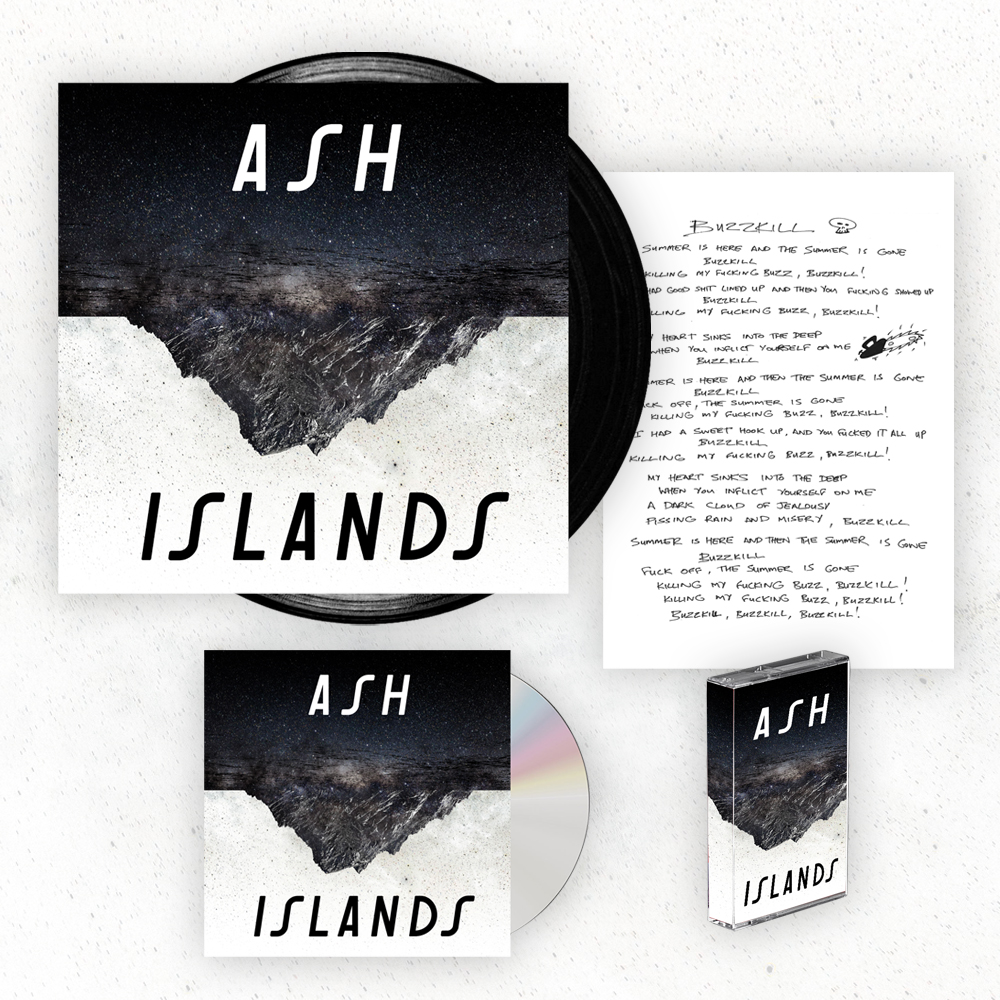 Back in Manhattan, the singer/guitarist’s home for the past twelve years, these fecund sessions continued. Wheeler embarked upon disciplined, hothouse song-writing exercises, challenging himself to write a song every hour across intense, focused ten hour periods. In the wake of a difficult, traumatic break-up, further field trips where take to Deià, Mallorca – the former home of poet and author Robert Graves – to Santorini, Greece and to Lambay Island, off the coast of North Dublin. Each journey coloured Wheeler’s song-writing in new and distinct ways as he sought to document, address and resolve the emotional fall-out of his broken relationship in his art. The results, arranged and perfected with bassist Mark Hamilton and drummer Rock McMurray at the band’s own studio in New York, emerged as some of the most powerful, personal, heartfelt and affecting songs of Ash’s career.

Islands is a cathartic collection for the singer, inspired, says Wheeler, “by me trying to get my head around a break up that didn’t make any sense to me.” Self-produced, and recorded at the band’s own Atomic Heart Studio, where every Ash release since Twilight Of The Innocents has been committed to tape, the album cycles through the full Kübler-Ross grief model – denial, anger, bargaining, depression and acceptance – with Wheeler laying bare his emotions in unflinching detail.