Eastern Bloc was established in 1985 by John Berry & Martin Price (from band 808 State). The shop was originally located in Afflecks Palace and since 2011 moved to its present location on Stevenson Square (5a Stevenson Sq, Northern Quarter, Manchester).

It soon became a cultural icon and integral part within the Manchester music scene. Back in the late 1980’s, the shop helped to launch bands such as the Inspiral Carpets, while also hosting in-store signings with The Stone Roses and Happy Mondays. The shop was also responsible for breaking much of the new dance music at the time, being one of the only shops in the UK to import dance music from around the globe. One of the owners went on to become part of 808 State.

E Bloc also had heavy involvement in the early career paths of A Guy Called Gerald, and K-Klass. Many famous faces have worked behind the counter or been regular customers in the shop. Local DJ’s and globe trotting club DJ’s would often use the shop as their first port of call to get their hands on the latest vinyl promos.

E Bloc has always been at the cutting edge of the music scene as is arguably one of the most respected, renowned, influential and notorious in the world. Today, the store is still shifting vinyl and CD’s, specialising mainly in drum’n’bass, jungle, dubstep, house, techno, and electronica.

Please review and rate this record shop in the section below. Tell us about your experience visiting this place, how the owner was, what did you find… Would you recommend it to othe vinyl community members? 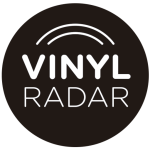